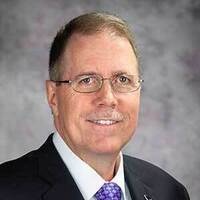 Abstract: The most interesting and enduring questions about human behavior concern cause, responsibility, and control. Is brutality a product of internal inclinations or external social forces? Do prejudice and discrimination reside in personality or in society? When attributing cause and responsibility for the behaviors of others, do we overemphasize the internal and neglect the external? To what causes do we attribute our own behavior, and are we right? How effectively can we resist the pull of stereotypes? When is behavior intended, under conscious control, and when is itautomatic? Who are the devils or angels who “make us do it?” The same is true forresearch on motivated political reasoning. While confirmation and disconfirmation biases have been well documented in political behavior, there has been less attention on the underlying processes of motivated reasoning. In a long research project, we have argued that the devils and angels behind motivated reasoning in political behavior are often unnoticed forces and processes that occur in the early, unconscious phases of information processing (The Rationalizing Voter, Lodge and Taber, 2013). Conscious thinking, we argue, is the cart and not the horse, in which case our explicit reasoning processes serve to rationalize behavior rather than to cause it. Deliberation and choice may feel like control, but this feeling of volition is often an illusion.