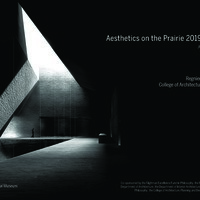 Aesthetics on the Prairie 2019: Scenography

Aesthetics on the Prairie 2019: Scenography

This conference is presented in honor of Benjamin Ross Tilghman, who taught philosophy at Kansas State University from 1967 through 1994, specializing in philosophical aesthetics.

The conference sessions are open and free to the public.

The conference is underwritten by the Tilghman Excellence Fund in Philosophy.

Other contributions in support of the conference have come from

the College of Architecture, Planning and Design

the College of Arts and Sciences

the Department of Architecture

the Department of Interior Architecture and Product Design

the Department of Philosophy

Originally understood as scenic design, scenography was conceived as a craft belonging to theater. But scenography has also been a focus of architectural work for a long time – especially, but not exclusively, among interior architects, product designers, and landscape architects. The questions they have encountered bear striking similarities to topics currently being debated within theater and performance theory. And similar issues have been discussed within the philosophies of these and related forms of art.

Thus, the principal aim of this conference is to develop a set of exchanges among architects, theater designers, and philosophers of art. A secondary aim of this conference is to provide, by means of a series of talks and discussions, a set of views that can inform the thinking and practices of local architects, theater designers, philosophers, and their students. We have heretofore untapped resources on the campus at Kansas State University in all these areas. They are untapped largely because they have not been aware of each other. Part of the reason for this lack of awareness is that they have worked disciplinarily – within architecture, theater, engineering, and philosophy – rather than inter-disciplinarily. We believe we can get them talking to one another and working together by bringing in key people in several fields who can encourage faculty and students in ways of thinking that will be both theoretically and practically interesting and useful.

A sketch of the histories of scenography

What has been called “scenography” has changed considerably over the years. In the hands of architects, the term initially referred, as it often still does, to the design and painting of stage scenery (originally, in the hands of the 16th century Italian architect, Sebastiano Serlio, specifically with respect to perspectival representation). However, it quickly changed to refer to the design of theater buildings. In the early 20th century, the term began to refer again not only to designs of buildings for theatrical performances and theatrical spaces outside of buildings, but also to designs of the sets for performances taking place within such spaces. Along the way, issues about the materials used in and the goals of design have become prominent.

Many of the same issues have arisen within both the practices and the theory of theater and performance. Attempts to supplant text-based theater by means of focusing on theater’s own performative elements have given rise to the very ideas of “performativity” (in the United States) and “theatricality” (in Europe), and to the subsequent dominance of these ideas within theater practice and theory. These developments have made room for discussions of how a theatrical performance is perceived, how perceptions of both performers and the designed scene affect action choices, and what action choices are available to the theatrical spectator.

One result is that now “scenography” also takes within its scope nearly every feature of a theatrical production that is not under the control of the author, director, or performers. Indeed, understood in this broad way, the scenographer and her scenographic products are often in conflict with authors, directors, and performers. The idea that the authors and directors actually control even their own spheres of activities gets contested in performance. “Scenography” now sometimes refers to design aimed at becoming an element of performance — in either the background, the foreground, or sometimes both.

These changes in the conception of scenography have challenged notions that have a long history in the philosophy of art – notions concerning the functional dimensions of designs, notions about the kinds of environments that works of art produce and are produced within, and notions about how art and architecture is or can be experienced (and by whom it is to be experienced). Moreover, these changes both reflect and raise questions about the manner in which any art form is perceived and what action choices those perceptions create.

The venue is the Regnier Auditorium and Atrium, in the College of Architecture, Planning, and Design, on the campus of Kansas State University.

Stephen A. di Benedetto – Theater (University of Miami, department of theater, and the executive director of the Jerry Herman Ring Theater at the University of Miami, and co-editor of Scenography Expanded: An Introduction to Contemporary Performance Design)

Susan Feagin – Philosophy (Temple University, retired, former editor of The Journal of Aesthetics and Art Criticism, member and currently president of the American Society for Aesthetics (ASA), and author of a number of articles in the philosophy of theater)

Saul Fisher – Philosophy (Mercy College, member of the ASA, author of a number of articles in the philosophy of architecture)

David Goldblatt – Philosophy (Denison University, retired, member of the ASA, and author of a number of articles in the philosophy of architecture)

Kendra Kirchmer – Interior Architecture and Product Design (Kansas State University, assistant professor of furniture design, and designer in residence at Herbert Wertheim College of Medicine, Florida International University, with an interest in applications of scenography as a trans-disciplinary teaching tool in both design and health education)

“Lost and Found:  Remarks on Architecture and Scenography”

“Creativity Illuminated: A Collaborative Project Between Artists and Designers for a Symbolic Set Design"

“An Engineer’s Perspective of Scenography - Can Lighting Science Play a