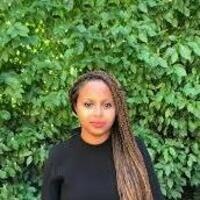 Studio Zewde is a landscape architecture, urban design, and public art practice based in Harlem, New York City. The studio’s work is lauded for its design methodology that syncs site interpretation and narrative with a dedication to the craft of construction. The firm’s employees have multi-disciplinary backgrounds in landscape architecture, architecture, city planning, urban design, sociology, statistics, community organizing, and public art. Studio Zewde is devoted to creating enduring places where people belong.

Founding principal, Sara Zewde. Sara holds a master’s of landscape architecture from the Harvard University Graduate School of Design, a master’s of city planning from MIT, and a BA in sociology and statistics from Boston University.  Sara is the recipient of a number of awards, including the Hebbert Award for Contribution to the Department of Urban Studies and Planning at MIT and the Silberburg Memorial Award for Urban Design. Sara was named the 2014 National Olmsted Scholar by the Landscape Architecture Foundation, a 2016 Artist-in-Residence at the Robert Rauschenberg Foundation, and in 2018, was named to the National Trust for Historic Preservation's inaugural "40 Under 40: People Saving Places" list. Most recently, she was named a 2020 United States Artists Fellow. Her work has been exhibited at the 2016 and 2018 Venice Biennale, in the Brazilian and U.S national pavilions. In parallel with practice, Sara regularly writes, lectures, and exhibits work, and is Assistant Professor of Practice at Harvard University Graduate School of Design.