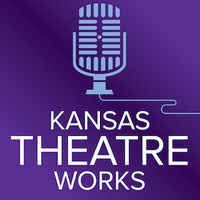 o  CHOKE, by Dan Shea, directed by theatre student Hunter Parker. CHOKE is the mysterious story of a mother and daughter driving across a bridge. At the peak of their argument, they encounter a stranger. During a rough exchange, Mary is saved by her mother. The fate of the passengers is revealed by two cops investigating the scene of the incident.

o  PR(A/E)YING MANTIS, by Andrea Browne '20, directed by theatre faculty Chuck Leonard. Despite constant bullying from popular praying mantis Josh, Will lives as a religious, vegetarian praying mantis, fighting his predatory instincts every day. However, when pressured to impress the queen praying mantis, Chloe, Will must determine whether his morals or instincts hold more importance. Will he break his moral code and will there be consequences? Find out in Pr(a/e)ying Mantis.

o  LEAVE NO TRACE, by Mitch Ward '16, directed by theatre faculty Chuck Leonard. Three friends disappear to the deep northern wilderness to escape from their psychopathic fourth roommate. Huddled around the fire, they try to qualm their fear of the woods. But little do they know they’ve been followed.

o  KILL GRIMM, by Blake Cordell, directed by theatre faculty Chuck Leonard. There are a lot of things you should be wary of when walking alone at night, but your fight-or-flight instinct mainly prepares you for attackers that are quick; thieves that grab-and-run; threats that jump right out in front of us. How do you expect you’d respond if a figure, previously looming in the distance, their emotions entirely masked and their form entirely unfamiliar, started ever so slowly following you, never ceasing? You run. You run fast, faster than he’s approaching. You turn; he’s still there, moving slowly yet keeping pace. You scream. The streets are empty. You hop a fence. Your fight-or-flight takes you far. but still, he’s there, slowly approaching. Your phone isn’t working. So what do you do when the “flight” runs out and all that’s left is “fight”? It’s an empty graveyard, “a freak in a dog mask”, and you.