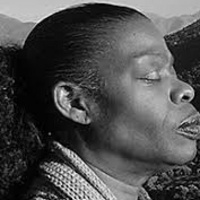 Additionally, there will be a multicultural presentation as part of the APDesign Intercultural Collaborative “Navigating Public/Private Partnerships in Multicultural Communities” at 11:30 a.m. to 12:30 p.m. in the Pierce Commons at Regnier Hall.

Description of Lecture: Renee Kemp-Rotan, Master Planner, Urban design, Professional Competition Advisor will present the process behind her development of the multi-site INTERNATIONAL design challenge to resolve the most critical issues in preservation of this unique 1865 African built community, from conflicts between American slavery and freedmen-built towns; public health and environmental protection; public and private cultural heritage agendas; African-centric architecture and zoning; site control and implementation; to the creation of the Africatown Cultural Mile as a cultural tourism/ economic development engine that revitalizes the grossly underserved population of Africatown. In 2019, Clotilda the Slave Ship was ‘discovered’ in Mobile Bay. Now, there is international interest in this unique American place built by Africans at the end of the civil war…This is a tale of American slavery, 2 southern cities, 1 town, and many African descendants…. In 1860, 110 Africans were brought from Benin/Dahomey/Nigeria/ to Mobile/Bay, Alabama on the Clotilda, the last slave cargo ship to come to America. In 1865, after 5 years of enslavement, Clotilda Africans were emancipated;32 freed slaves then built their own town called Africatown. Today, vestiges of this unique African/American settlement remain, spread across multiple waterways & 2 Alabama cities Prichard & Mobile. What once was an African town– is now an African/American descendant neighborhood in poor repair—a unique American place, threatened by generations of benign neglect…Now, The Africatown International Design Idea Competition aims to resolve longstanding issues about spatial, social and economic justice for the underserved descendants of historic Africatown, Alabama.

Renee Kemp-Rotan, Assoc. AIA, is an urban designer who has traveled the world with an eye for architecture and social change. Having started her own firm, Studiorotan, Renee’s most recent projects include Professional Competition Advisor for the Africatown International Design Idea Competition on a multi-site, multi-disciplinary design challenge. Renee was the first African American female to graduate Syracuse University with a Bachelor of Architecture; attended the Architectural Association in London; and graduated from Columbia University with a Master of Science in Urban/Regional Planning.