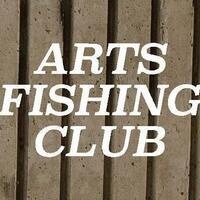 “Arts Fishing Club is going to make you feel. They're going to reach into your soul, grab your heartstrings, and jiggle you around so that you're scrambling to figure out what emotion it is pouring out of you as you find your whole body gyrating to the beat. You'll be sucked into deep grooves that flit somewhere between folk, rock, funk, and country. Founded in 2016 by Christopher Kessenich; Peter Eddins; Matthew Siffert; Jimi Greene; and Brian Kempson, the band has been touring the country with a heavy focus on the development of their live show. AFC has created a refreshing yet timeless sound that combines Springsteen era songwriting with modern indie rock influences akin to Bon Iver and Wilderado. The release of their debut EP Human was highly anticipated by their grassroots following and has been met with critical acclaim.”