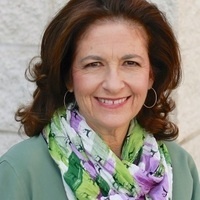 We welcome back to Kansas State educator Julie Kohner. Kohner will present “Voices of the Generations,” a multimedia program that relates the life of her parents, Walter and Hanna Kohner. Hanna Kohner survived four concentration camps during the Holocaust, while Walter Kohner escaped by immigrating to the United States. They reunited after the war and finally married. Together, they wrote Hanna and Walter, A Love Story, which traces their steps from the 1930s in Czechoslovakia to California after World War II. Using the book, artifacts, and an episode of “This Is Your Life,” in which her mother was the first survivor to share her story on national television, Julie Kohner reveals the atrocities of the Holocaust in a very personal way. The event is co-sponsored with our colleagues in the College of Education, the Department of History, and K-State Libraries. Registration is free but required: https://tinyurl.com/juliekohnerkstate.