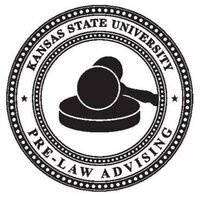 Please join us for our next Legal Speaker on Tuesday. Tracy Turner will talk about his career in the legal department at AT&T, as well as introduce the K-State Mock Trial Summer Camp!

Originally from Great Bend, KS, Tracy graduated Phi Beta Kappa from K-State in 1985 with a dual major B.A. in Economics and Political Science.  He declared pre-law in his freshman year, and under the tutelage of then Pre-Law Advisor Nancy Twiss, became a 1984 Truman Scholar while at KSU.  He earned his law degree from the University of Texas in 1988, where he graduated with honors, and served on the editorial board of the Texas Review of Litigation.  Licensed in Texas, Tracy practiced mass tort and commercial litigation in Dallas, Texas with the law firm of Baker & Botts, before joining the in-house legal department of AT&T in 1996. Tracy's 24-year in-house practice with AT&T evolved with the mergers and acquisitions in telecom in the early 2000s, and ended specializing in e-commerce and consumer mass marketing before his retirement in June 2020.  Tracy remains a loyal third generation K-Stater, serving on the Arts & Science Alumni Council and is a trustee level donor to the KSU Foundation.  Beginning this year, Tracy is the first-ever KSU Mock Trial Summer Camp Director for high school and collegiate students, July 25 -31, 2021.  Tracy has coached and judged Mock Trial in Texas and other midwestern states, including the Skyline (Dallas) HS Mock Trial team in the March 2020 state tournament.