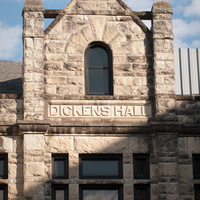 Title: Adequacy Checking for the Variance Function in Nonparametric Regression

The preliminary report consists of two parts. In the first part, we propose a minimum distance-based test to check the forms of the variance function. The test statistics is a modified L2-distance between a nonparametric estimate and a parametric estimate of the variance function under the null hypothesis. The Nadaraya-Watson kernel regression function estimator is used to estimate the regression function. The large sample properties, including the consistency and asymptotic normality, of the minimum distance estimate for the parameters in the variance function are discussed; the asymptotic distribution of the test statistics under the null hypothesis is established, as well as the consistency of the test and the power under local alternative hypotheses. Simulation studies, as well as some applications to the real data sets, are carried out to evaluate the finite sample performance of the proposed test.

In the second part, we proposed a computationally efficient test procedure for checking the parametric forms of the variance function. The test is based on an empirical smoothing of the fitted residuals by replacing the mean regression function with the Nadaraya-Watson estimator and a pre-obtained root-n consistent estimate of the parameter in the variance function. By multiplying the kernel density estimate at each individual sample points to the fitted residual, we successfully remove the constraint of compact support for design variables assumed in some existing work. Large sample properties of the proposed test under the null hypothesis is discussed and some simulation studies are carried out.