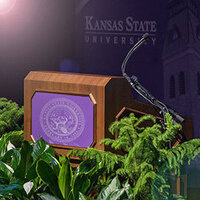 Kristin Klementowski, Attorney and Tax Training Developer, H&R Block - How a Degree in Math Led to a Career in Tax and Instructional Design

When I decided to major in math I had no idea that my degree would lead me to my current career. Part of that is because I had never heard of instructional design as a career option, and part of it is because I intended to become an attorney. In this talk, I’ll discuss how my math degree led me to become an attorney and then to a career in tax and instructional design.
After receiving her B.A. from Kansas State University in 2008 with a dual major in mathematics and philosophy, Kristin Klementowski attended Washburn University School of Law and earned her J.D. in 2011. She spent three year as an attorney in the financial services industry, before she discovered her real passion was tax. For the past five years, she has worked as a training developer, writing tax instructional materials for tax preparers.