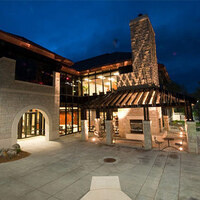 US Strategy for the Indo-Pacific Region presentation

The political science department, part of K-State's College of Arts and Sciences, will host David F. Helvey, principal deputy assistant secretary of defense for Asian and Pacific Security Affairs with the U.S. Department of Defense, for a lecture

Helvey will present "U.S. Strategy for the Indo-Pacific Region."

Helvey began serving in his current role on Jan. 20, 2017. He is responsible for defense and security policy in the Asia and Pacific region.

Previous assignments in the Office of the Secretary of Defense include, most recently, senior advisor performing the duties of the principal deputy assistant secretary of defense for Asian and Pacific Security Affairs from June 2016 to January 2017 and deputy assistant secretary of defense for East Asia from December 2012 to April 2015, with earlier assignments as country director for China; director for China, Taiwan and Mongolia; senior advisor for China policy and integration; and principal director for East Asia.